When Should I Buy Travel Insurance?

Even if you cannot travel to all your dream destinations right now, use this time to do your research, prepare, and plan! Many travelers know the best days to shop for flights but what about travel insurance?

Get to know one of our Travel Insurance Master Affiliates, Tatiana of familyroadtripguru.com and instagram.com/family_roadtrip_guru

Based in San Francisco, California, Tatiana has been blogging for 2.5 years and shares a wealth of knowledge about putting together ready to go, educational, fun and affordable family road trip itineraries in North America.

Understanding Trip Cancellation vs. Cancel For Any Reason

COVID-19 has highlighted the demand and importance of travel insurance. To truly understand what is covered under the different plan types and find the best protection for your next trip, we wanted to dive into the differences between Trip Cancellation and Cancel for Any Reason (CFAR).

With more providers offering CFAR once again, we are seeing an increased demand for this option. CFAR is offered as part of some comprehensive travel insurance plans, and gives travelers extra protection and flexibility. CFAR allows travelers to cancel for any reason whatsoever as long as they are cancelling within the stated timeframe, usually 2 days before their trip. Travelers with CFAR will receive up to a 75% reimbursement of their otherwise non-refundable prepaid trip costs.

Trip Cancellation plans only allow for cancellation if certain requirements are met. There are many covered reasons for trip cancellation including sudden sickness, injury preventing you from taking a trip, the death of a family member, or natural disaster affecting your home or destination. If a traveler was to become ill with COVID-19 before or during their travels, it would be covered either under the Trip Cancellation or Emergency Medical Claim. Trip Cancellation gives you the ability to receive reimbursement for 100% of your otherwise non-refundable prepaid trip cost. Be sure to read the description of coverage and understand the requirements you will need to meet like proof for cancellation.

To find Trip Cancellation plans and CFAR options, check out our latest tutorial that will walk you through requesting a quote and filtering the results from our trusted partners at TravelInsuranceMaster.com.

Having a medical emergency far from home can be scary - and expensive.

Anytime you travel abroad or domestically, purchasing a travel protection plan with primary coverage is recommended.

With primary coverage, your clients typically receive reimbursement on eligible losses first, before any other collectible policy. This becomes important when considering the time required to file and process a claim and receive payment.

With secondary coverage, you would need to exhaust benefits from existing policies (i.e. health insurance) and supply proof of their carrier's disposition before filing a claim for the travel protection benefits. A deductible payment may also be required. 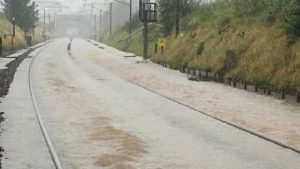 The train journeys of tens of thousands of passengers communicating through the inter-city rail lines have had their journeys disrupted.

There are long delays and cancellations for travellers hoping to use the West Coast main line which connects London Euston with northwest England.

Due to flooding all lines through Stoke-on-Trent are closed while other routes in the area were experiencing problems.

The passengers were informed of disruption to continue until the end of service on Sunday October 27.

Widespread cancellations and long delays were noted while some CrossCountry and Virgin Trains services were being diverted via Crewe not calling at Stoke-on-Trent, Macclesfield and Stockport.

Lines from Crewe to Chester and both the Crewe and Shrewsbury into Wales are being affected.

There are problems between Huddersfield and Leeds, and in the Hull area on the trans-Pennine routes.

Those intending to travel between London and northern England have switched to east Midlands Railway operating from Sheffield to London St Pancras.

Services on the line via Derby and Leicester, and connecting links from Sheffield, are extremely crowded.

By severe disruption on Britain’s flagship rail line the  pressure on the Sheffield-London line was intensified.

A series of trains from London to Leeds, Edinburgh and Aberdeen has been cancelled by LNER which runs the trains on the East Coast main line from London King’s Cross to Yorkshire, northeast England and Scotland.

Trains from Scotland, Leeds and Newcastle in the south were cancelled or terminated at Doncaster while others were delayed. As there was no driver being available the train pulled up at Doncaster. Passengers were advised to catch next trains but it was standing room only for two-and –a half hours.

Due to the engineering work between Peterborough and Doncaster longer journeys than normal had been scheduled.

As the trains were diverted via London the journey times were extended by an hour.

How to Calculate Trip Cost

When purchasing travel insurance, have you ever asked, “What should I include in my insured trip cost?”

Especially for first-time buyers, this can be a common question.

You should insure the trip cost according to how it is listed on the travel invoice. If the invoice/receipt for the travel booking is listed as a lump sum for an entire group, your clients should evenly divide the charges between them to calculate the per-person trip cost.

• Say a family of four is traveling together.
• Their total trip cost, including airfare, is $10,000.
• According to the itemized invoice, the two adults’ trip costs are $3,000 each, and the two children’s trip costs are $2,000 each.
• When purchasing travel insurance, these travelers should insure each adult at $3,000 trip cost and each child at $2,000 trip cost.

If you used points to pay for flights, some of our plans automatically include a Frequent Traveler Benefit to reimburse up to the benefit limit for re-depositing the frequent traveler awards utilized for the trip. If this benefit is not included in the plan, you may include the re-deposit fee in your trip cost insured under the policy. Pleasant Holidays 2019 Fall Travel Deals Feature Up to 52% Off

Valid on new bookings for select travel through Dec. 20, 2019, air-inclusive fall vacations of three nights or longer at participating resorts in Mexico and the Caribbean receive an additional $100 off per booking when booked by Oct. 27, 2019.

Pleasant’s Fall Travel Deals include dozens of resorts with all-inclusive and adults-only options ideal for a relaxing last-minute vacation before the busy holiday season begins. Featured offers include:

Hawaii: Sheraton Maui Resort & Spa has a reduced room rate plus $30 dining credit per room per day at ROCKsalt.

Caribbean: Excellence Oyster Bay Jamaica All-Inclusive Adults Only offers up to 45 percent off room rate plus $100 off per booking.

Additional last-minute fall 2019 travel deals and festive season vacations are available in these and other destinations. Offers and savings vary by participating resort, are subject to availability and may require round-trip airfare and/or a minimum night stay. For best selection, travel advisors are advised to book early as space is limited. For more information or to make a booking call Yes We Travel at 888-484-3556 or book online. 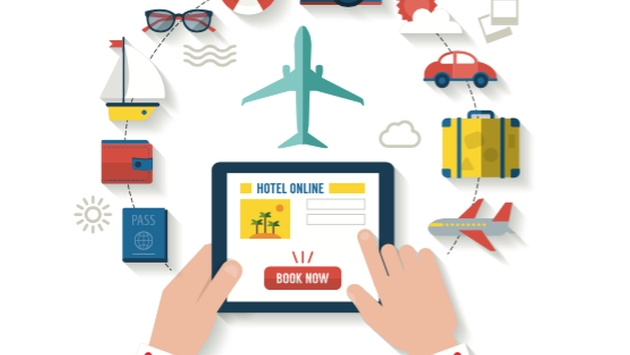 We are just days away from the launch of new Travel Guard travel insurance products: Deluxe, Preferred and Essential.
The new products and exciting enhancements will include the opportunity to tailor the travel insurance plans with one or more of unique Bundles.